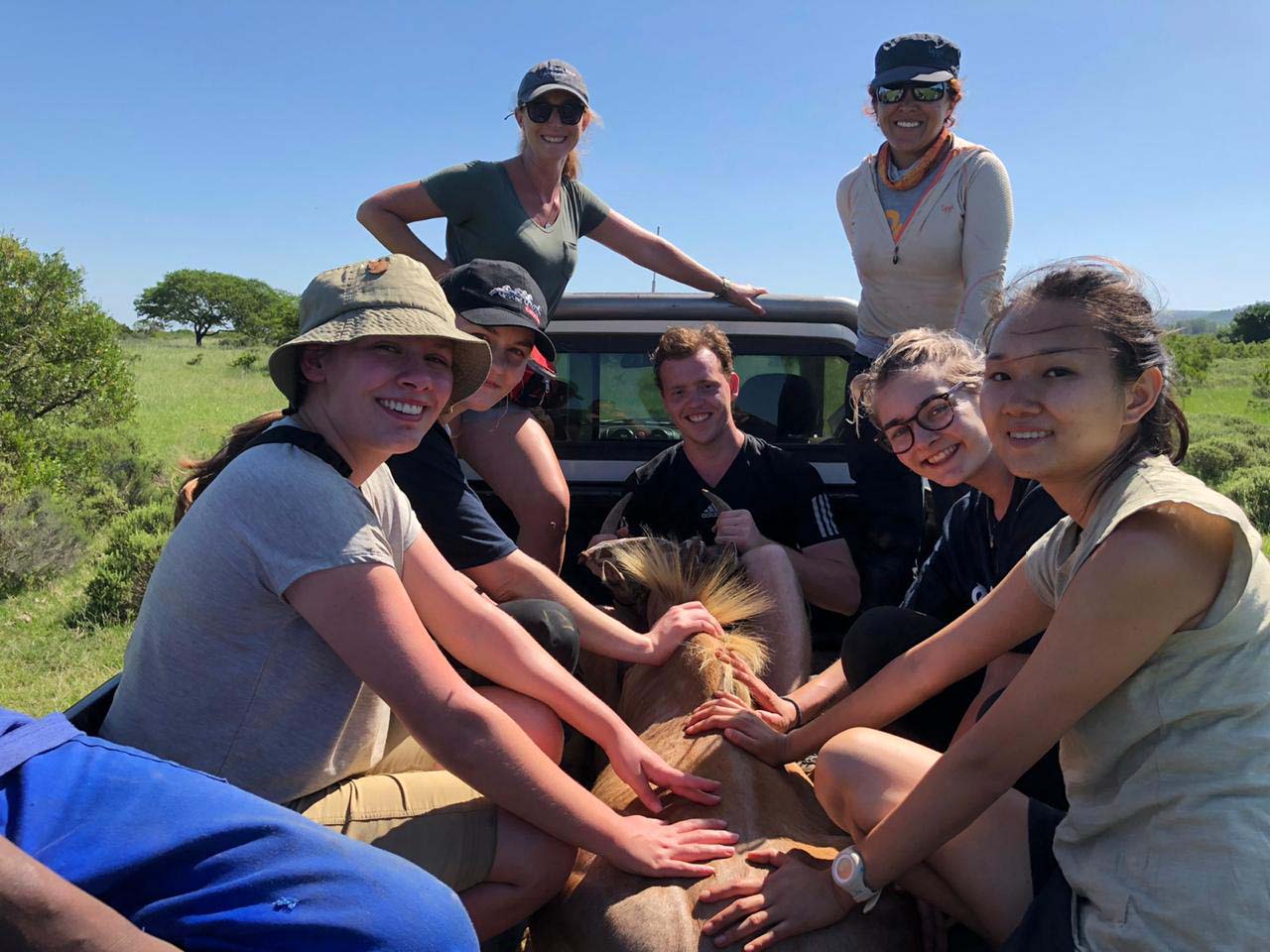 A day in the life a vet student - 1st Week

Whilst every single event that's happened thus far deserves a mention, the one that I believe deserves the headline is what most veterinary students only dream of doing...game captures.

On March 6, 2020, myself along with four other aspiring veterinary students set out in the early hours of the morning to complete what should have been a simple task...tranquilize, medicate and transport a few endemic African game from one reserve to the next; easy, right? Wrong.

The one thing that you learn pretty quick as a veterinary student working with "wild" animals is that everything could be planned to the dot, everything could be set up so perfectly that it seems impossible for anything to go wrong, but there's always the aspect of the "wild" in a wild animal that people always seem to forget; and if they don't want to do something then it's not happening. Anyway, we set out to the first of a few different locations of which the animals were located. First up, adult male Nyala (a spiral-horned antelope native to southern Africa, weighing approximately 98-125 kg). Being sat underneath a tree, in a herd, about a minute or so from the set up location, the animal wasn't very difficult to find, the first time; Emily, the head veterinarian in charge of the capture, took aim; sighting her cross hairs right on the back thigh of the animal (known as a intro-muscular injection, the dart enters the muscle and the medication within is released); she took in a deep breath and finally fired a perfect shot right into the upper thigh of the animal.

This caused the herd to flee into the bush (being grazers, the first instinct is to flee deeper into the bush); we were soon on the move, following the twisting, winding track of the reserve till we came to a clearing. Spotters relayed information that the darted animal fled into a thicker part of the park within a ridge with a dried out river bed at the bottom. Then, the race was on; the drugs administered are known as cardiac and respiratory repressing drugs (so they slow the heart and breathing cycles so as to calm the animals); if not found, then there is a chance the animals could die. After a fifteen minute, ten man team search the familiar voice of Alex, another wildlife handler, echoed through the valley..."I've got it!!!"

Everyone raced over, and within a minute, the entire team was present; we soon had the massive animal under control and calmed. We brought in a stretcher and got the beast on after a few good pushes and tugs. Then came the hard part, getting him out of there.

Being in a valley, there were steep walls either side of us so everyone grabbed a handle on the stretcher and began the long and painful journey back up to the top of the road and to the transportation trailer. Thorns dug into skin, rocks twisted ankles and tree limbs bashed heads all the way up the side of the valley, the tram resting after every other haul. Eventually, we all finally manage to break through the last of the thick bush and onto the road; finally being able to hoist the large animal onto the back of the trailer and finding shelter from of the scorching heat at last.

For safe transportation, I had the Nyalas head wedged between my legs and held it's horns with my arms while we jumped and jerked down the dusty old road. We soon reached our destination, finished administering the last of the medication and took a minute to appreciate the beauty of the animal that so few get to observe so close. Emily then administered the "wake up" injection, which reverses the effects of the anesthetic. We then all stood back a minute and watched as the animal got its bearings and gave us all one final charge goodbye, just nearly missing one of the other volunteers.