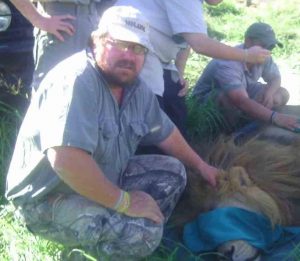 Janet is a qualified teacher who for the last 3 years taught in the United Arab Emirates but prior to that was in the South African school system. In 2010-2013 she ran her own outdoor adventure centre concentrating on outdoor education and team building.

Her move to Safari4u was predominantly through marriage but she enjoys “long easy runs along the beach” and being outdoors in general. 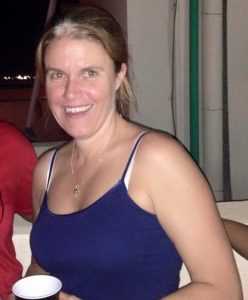 Safari4u began as a conservation project in 2005. In 2013, Dennis worked with Ashely Kellar, to transform that project into the veterinary-orientated program that it is today. Dennis has 20 years of experience in conservation management and is an accredited trainer for the Field Guide Association South Africa (FGASA). He has a Bachelor of Science in Botany and in Zoology, as well as a FGASA Level 3 certification with Special Knowledge and Skills in Dangerous Animals.

On the weekends, Dennis spends time with his family and friends. Students are always welcome to join him at the local café for a drink and an interesting conversation. Dennis enjoys getting to know the students and likes to take a hands-on approach, often giving lectures and participating in activities.

Emily did her undergraduate degree in the United States and then pursued her veterinary degree in England, graduating from the Royal Veterinary College in 2018.

She has always had a love for Africa, and in 2019 she joined the Safari4U team.  Here she’s involved with the teaching of Safari4U students and heads Chintsa Veterinary Services, the veterinary practice associated with the program.

Emily has a passion for wildlife medicine and one of her main roles at the program is getting students involved with game capture and wildlife veterinary work. 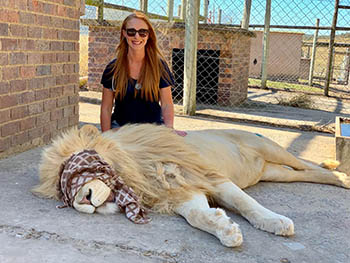 Dr. Paz Perez Ibacache qualified as a vet specialising in wildlife conservation and management at the University of Chile. She has 13 years of experience working with different animal species. She also spent 5 years teaching tourism, forest ranger, agriculture technician students.

She has worked in large operations to control the canine and feline population at the communal level and was also involved in census and deparasitation in Tierra Del Fuego, Chile.

Paz is passionate about animals and enjoys educating animal owners, and has experience in rescue and relocation of wildlife, remote first aid, as well as being a birdwatching guide.

"I love learning every day, and being humble is my slogan." 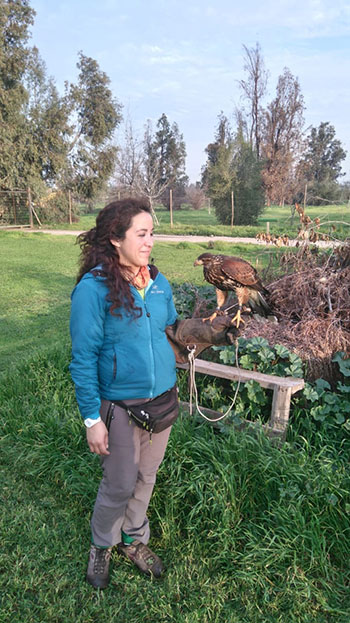 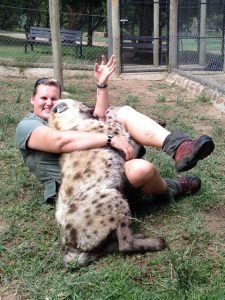 Alex moved to South Africa in 2009 to work with wildlife after serving as an officer in the Royal Australian Navy. Before joining the Safari4u team during a study placement in 2015, she certified as an Advanced Field Guide and in Reserve Management whilst working with several volunteer research groups on Big 5 reserves. Alex specialised in the population, identification and management of Spotted Hyena, but she’s also spent time working with rescued chimpanzees and has been heavily involved in the frontline protection of rhinoceros.

In her downtime, Alex can be found with her Jack Russell, Squigs, and she also likes to practice photography, astronomy and further her knowledge of conservation.

Zeus might look scary but he really loves getting pats and going for walks and meeting new people who will give him pats. His favourite toy is whatever the other dogs are currently playing with. 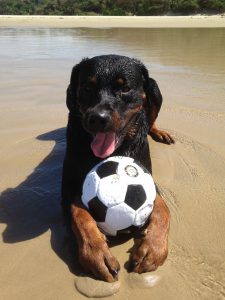 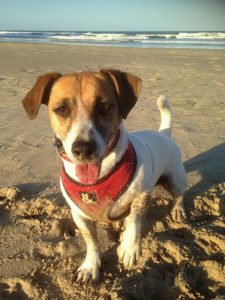 Squigs decided to change owners after inviting herself into Alex’s cabin during a wildlife course. When her previous owner moved jobs, she thought it best for “Squiggles” to stay with someone who could cope with her obsession with playing fetch – if you throw the ball, you’ve made a friend for life. Squigs has had a few medical issues of late but she sees it as helping the students learn how to cope with a wriggly patient.

Rescued by past students from a township, he was malnourished and covered in mange. Initially named “Muffin,” he has found a home as “Scud” with Mark. Scud loves bringing sticks to you to throw for him and chasing sand blowing around on the beach. 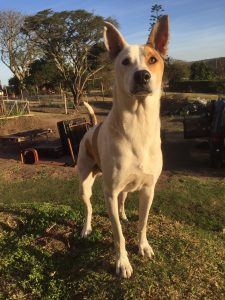 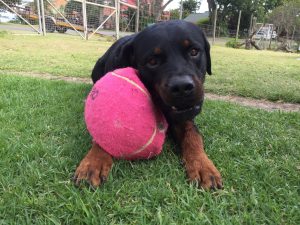 Athena loves you and would like you to stay and give her hugs or play with her because play is fun and hugs are nice. Food is also nice, she likes food and likes to lick you to remind you of it too. Her favourite thing in the world is you. 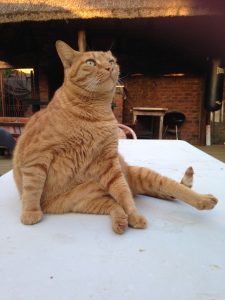 Halifax was raised from a kitten with his brother Snowflake, and his favourite things in the world are food and hugs (food is just a bit higher ranked though).  In the past year, he had a run in with a dog so since then he will always stay away from them but he will otherwise be around the student house asking for attention. 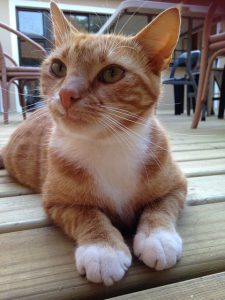 Button invited himself into the house after Snowflake, another of our cats, went on an adventure with the local feral cats for a few weeks and made new friends. He is a bit scared of people but slowly easing into house life by having daily socialisation sessions with Alex, who he loves chatting with. His favourite toys are dry leaves and moths.